Ernani is an important opera to a Domingo collector. Domingo made his debut with it at La Scala on 7 December 1969. It was also the only opera he sang in Amsterdam, on 15 January 1972. Concertante, of course (yes, during the Matinee, where else?). Unfortunately, no complete recording exists, so we have to make do with fragments only (Bella Voce BV 107.004). Felicia Weathers, who sang the role of Elvira, had a terrible head cold and neither Piero Francia nor Agostino Ferrin are names to remember, but it remains an important document. 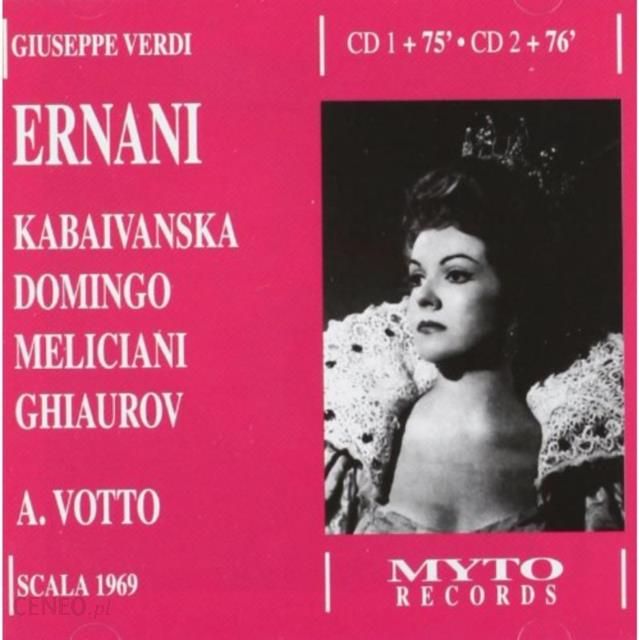 At La Scala, besides Domingo, there were two other greats of bygone days: Raina Kabaivanska and Nicolai Ghiaurov. Unfortunately, Cappuccilli had to cancel due to illness, but his replacement, Carlo Meliciani, really gives his best. Add to this the truly sublime direction of Antonino Votto and you know that you can expect a special ‘evening’ of opera. 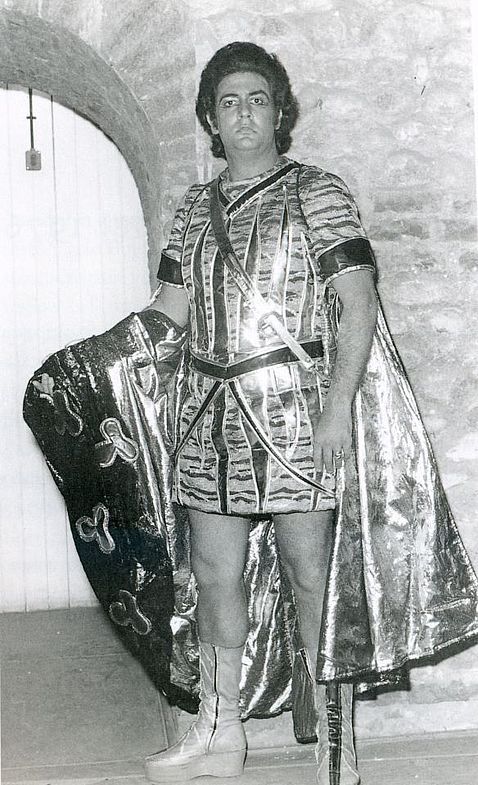 Radames was among Domingo’s favourite roles. No wonder. Here he could really ‘show it all’, because the hero is very complex. He is a ‘macho with a lot of muscles’ and a vulnerable boy at the same time, and he is torn between duty and passion. Unfortunately, the two are not compatible. To sing Radames well you need not only a cannon of a voice but also an intellectual ability. And he has both.

He made his debut with Aida in 1968 in Hamburg and he has since sung the opera thousands of times. There are many recordings on the market, both studio and live. I would like to dwell on a recording that will not evoke an ‘aha’ moment for most of you – also because at first glance the cast is not idiomatically perfect.

The fact that Anna Tomowa-Sintow was one of Karajan’s favourite singers had its advantages and disadvantages. She was a welcome guest in Salzburg and her name appears on many recordings conducted by the maestro. But it also meant that she was primarily rated as a Mozart and Strauss singer, while she had so much more to offer.
Her Desdemona and Amelia were legendary and after her Munich Aida, Leonie Rysanek praised her performance for its pure beauty.

Fassbaender is really surprising and particularly convincing as Amneris. Just listen to what she does with the single word ‘pace’ at the end of the opera. The opera was recorded by Bayeriche Rundfunk on 22 March 1979 and released on Orfeo (C583 022).

Also noteworthy is the recording from Munich 1972, with a now almost forgotten Verdi singer, Martina Arroyo. As Amneris, we hear Fiorenza Cossotto and Cappuccilli and Ghiaurov complete the excellent cast conducted by Claudio Abbado.

The recording from Vienna 1973 (Bela Voce BLV 107.209), under Riccardo Muti, is also of particular interest. In the leading role we meet Gwyneth Jones and Amneris is sung by an exceptional mezzo: Viorica Cortez.

Of Domingo’s studio recordings the 1970 RCA (now Sony)release, is probably the best. How could it be otherwise, when you know that the conductor is Erich Leinsdorf and the other roles are sung by Leontyne Price, Sherrill Milnes, Grace Bumbry and Ruggero Raimondi. The whole thing almost pops out of your speakers.

Il Trovatore was the very first opera Placido Domingo, then 28 years old (!), recorded in the studio in 1970. Fiorenza Cossotto stars as Azucena, but the recording is really indispensable because of one of the most riveting Lunas ever: Sherrill Milnes .

Il trovatore was one of Von Karajan’s favorite operas. In 1962 he directed a series of performances in Salzburg, those were taken over by Vienna in 1978 and broadcast on television.

Domingo was a last minute replacement for Franco Bonisolli, who had left the production in a fit of temper.  Domingo’s delightful, radiant topnotes in ‘Ah si, ben mio’ earned him an ovation that lasted for many minutes.

Cossotto’s Azucena is now legendary: like no other singer she put her mark on the role (Arthouse Music 107117).

The Royal Opera House production released by Opus Arte (OA 1236D) dates from early 1975. The sound is a little dull, but you will forget that as soon as you hear the beautiful voices of the singers.

Katia Ricciarelli is one of the most moving Amelias I know. The sound that she produces is perhaps not really ‘Verdian’, and perhaps her voice is a little too light, (she has sadly destroyed her voice by singing this type of role), but the pianissimi that she spins deserve a prize for sheer beauty, and her fragility is palpable.

The kindly anxious, loving, but also playful tenor of the young Placido Domingo fits the role of Gustavo like a glove. Piero Cappuccilli is an excellent Renato and Reri Grist an Oscar such as you do not often hear them anymore. Her performance alone is worth buying the DVD.

Claudio Abbado (how young he was then!) conducts lightly and keeps the tempi sparkling, resulting in an effervescent orchestral sound.

The direction by Otto Schenk is effective. Conventional and yet surprising. And like no other, he exposes the comic aspects of the opera.

Fifteen years later, Domingo is already a seasoned Gustavo. His king is now more mature, more serious too… But although he says he doesn’t believe Ulrica’s predictions, you can still see something like terror in his eyes. It could so easily be true…
This production includes also a more mature Amelia. Now she is not a dreamy girl, but a woman with intense desires. Josephine Barstow certainly lives up to this interpretation. She is a torn Amelia, full of love, sorrow, pain and tears. In ‘Ecco l’orrido campo’, her fear is physically palpable and in ‘Morro’ you think you may die with her. Leo Nucci shines as Renato and Sumi Yo is a light, bouncy Oscar.

The direction lies in the hands of the famous film director John Schlesinger. The end result is devastating: overwhelming, true-to-life sets, beautiful costumes and dazzling mass scenes. The picturesque image is occasionally reminiscent of enormous tableaux-vivants, and the direction of the characters is- as you would expect from a renowned director – phenomenal.
At the opera’s finale, when the dying king gathers his last strength and, gasping for breath, bids farewell to his beloved, his subjects and the fatherland, no one can suspect that with his last ‘addio’ an entire era is also coming to an end.
It would be Herbert von Karajan’s last production in Salzburg. He died just before the premiere in 1989 and was replaced by Solti, who also conducted the revival of the opera in 1990 (Arthaus Musik 109105).