Britten’s vocal oeuvre is almost inextricably linked to one singer, Peter Pears. For years they were partners in art and in daily life. Britten composed his songs and operas for Pears, and with his voice in mind he made arrangements of English folk songs.

Death in Venice, Britten’s last opera; he was already very ill by then, was also composed for his partner. I am not sure of course, but I think that Britten put a bit more of his own life into it than into his earlier operas. And so it may be strongly autobiographical.

What do we have to compare it to? Next to my player are two DVDs and a CD. Well, CD… Let’s say CDs, because Decca has honoured one of the great British composers with a box set of all his operas (4756029). The eight-disc second volume also includes Gloriana, A Midsummer Night’s Dream, The Rape of Lucretia and The Turn of the Screw. Apart from Death in Venice and Gloriana, all of them are conducted by the composer himself.

To say that the 1974 recording is just about the very best imaginable, is, of course, stating the obvious. Not only is it the most exemplary performance imaginable(Peter Pears as Aschenbach and John Shirley-Quirk in all those baritone roles), the recording itself is also insanely good: direct, clear and so authentic that you get the impression it was recorded live. Stuart Badford conducts the English Chamber Orchestra.

The same conductor, orchestra and baritone can also be found in Tony Palmer’s film (TPDVD176), filmed on location in 1980. The role of Gustav von Aschenbach was taken by Robert Gard, a tenor unknown to me, but who really does an excellent job. Although he cannot make me forget Pears.

The film is very realistic and even if it is a bit dated (the typical seventies atmosphere is everywhere), there is no denying that it will keep you on the edge of your seat! The images of Venice are more beautiful than you can imagine, the atmosphere is oppressive and the singer-actors are more than excellent. Besides Gard and Shirley-Quirk, my eyes (and ears!) also focussed on an unnamed singer in the role of the English clerk.

On the box it says that Pears is also involved. I could not discover him, although I thought I heard his voice in the group of extras surrounding the hallucinating Von Aschenbach.

Venice belongs to this opera, of course. Therefore, a performance recorded in that city appeals more to one’s imagination than one from … (fill in the blank). The production recorded in June 2008 in La Fenice (Dynamic 33608) is definitely special.
Pier Luigi Pizzi always stands for beautiful images and his productions are almost always semi-realistic, but with a twist to both surrealism and symbolism.

In his predilection for ballet, he can sometimes go too far, which is also the case here. The chorus and all the extras, sailors and guests of the hotel are made up of beautifully dressed (or, if you prefer, beautifully undressed) gorgeous dancers. When there is no dancing, there is stylistic walking and aesthetic standing.

It’s like a film and Visconti is never far away – even the famous hat worn by Silvana Mangano as Tadzio’s mother in the movie, has been copied here. But the atmosphere is very oppressive, the heat palpable and the final result very moving.
Marlin Miller deserves an Oscar for his role of the tormented Von Aschenbach. Waving his handkerchief and wiping off his sweat, he tries to maintain some decency, only to finally having to succumb to total madness and delirium. Bravissimo!
His voice is different from Pears’s. It is rounder and more focused, especially towards the audience, which only enhances his intelligibility.

Scott Hendricks is more than phenomenal in all his ‘devilish’ characters. With a sardonic smile and visible pleasure, he helps Von Aschenbach meet his doom.

Bruno Bartoletti succeeds in eliciting the most beautiful sounds from the orchestra of La Fenice.

A slight objection: Tadzio (a stunningly beautiful, it cannot be denied, Alessandro Riga) is optically too old and too sure of himself. Still – highly, highly recommended. 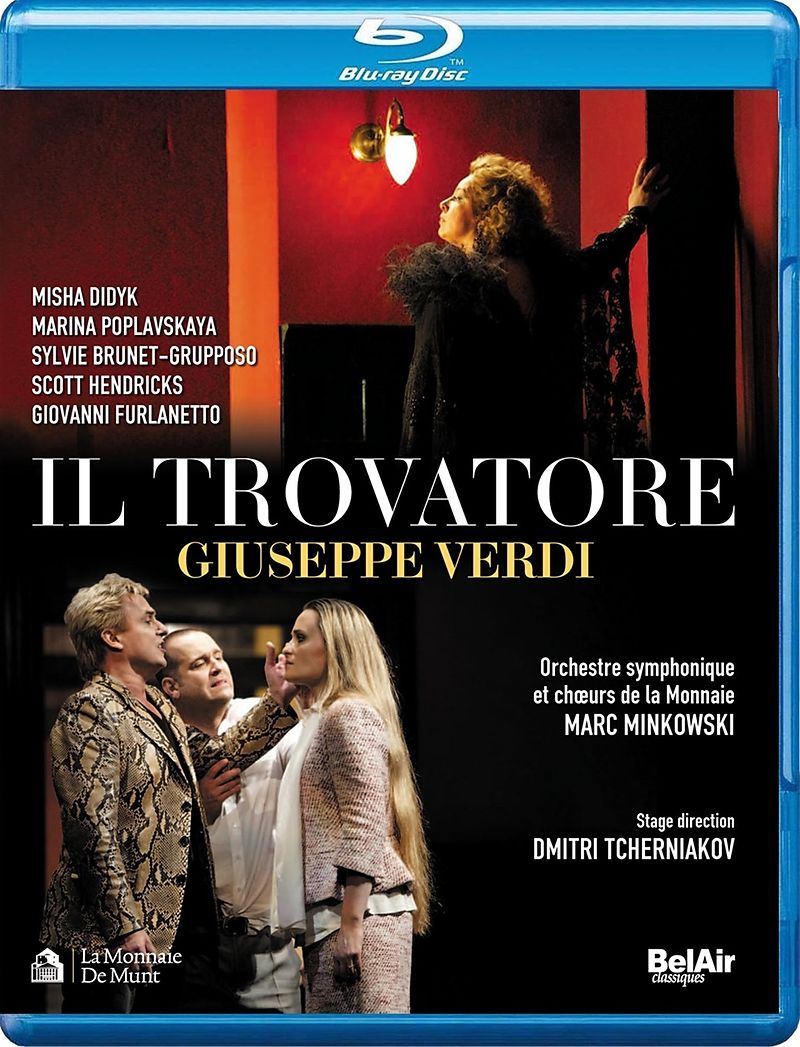