Emílie Pavlína Věnceslava Kittlová (February 26, 1878 – January 28, 1930) or, as the world knows her: Emmy Destinn. She is considered to be one of the greatest sopranos of the first twenty years of the twentieth century. She celebrated triumphs in Berlin, Paris, London and New York, she performed with Enrico Caruso, who had once proposed to her, and together they sang the world premiere of La Fanciulla del West, an opera that Puccini had composed with her voice in mind.

In her homeland, Bohemia, she was mainly loved for her patriotism, which even earned her a three-year house arrest during the First World War. The Czech documentary about her life is both interesting and irritating.

Interesting because it recounts many unknown facts about her life and it provides us with beautiful images, photos and film clips and special acoustic recordings (including a real rarity: the Czech national anthem, sung in Czech together with her, then, lover, the Algerian baritone, Dinh Gilly):

Irritating, because it is put together as a very old-fashioned, extremely sentimental filmic portrait, full of seagulls flying overhead, windblown cornfields, a recurring hourglass and larded with staged fictional images. And all that to the sounds of Chopin’s Nocturne.

But the worst thing is that they had Destinn’s voice replaced with that of Gabriela Beňačková! So a great singer is not even allowed on- screen, because the leading part is – of course – intended for a beautiful young lady.

And here the _real_ Emmy:

Puccini’s women are never one-dimensional. That is expressed in his music, but who still understands the intentions behind the notes? Good Minnies are scarce these days, and to find the best, one has to go back to the nineteen fifties/sixties.

Like Salome, Minnie is loved and desired by men. Well, you say, she is the only woman in a rough world of miners inhabited only by guys. But it’s not that simple. She lives all alone in a remote hut and a few minutes after meeting a strange man, she invites him to her house. She smokes, and drinks whiskey. And she loves a game of cards, cheating if necessary.

And I choose not to talk to you about Renata Tebaldi, even though she was one of the greatest (if not the greatest!) Minnie’s ever. She was lucky to have an exclusive contract with a leading record company (Decca), something her colleagues could only dream of.

That explains why few people, apart from a few opera-diehards, have ever heard of Gigliola Frazzoni or Eleanor Steber (to name but two). Believe me: neither soprano is inferior to Tebaldi. Just pay attention to the range of emotions they have at their disposal. They cry, sob, scream, roar, beg, suffer and love. Verismo at its best. You don’t need a libretto to understand what’s going on here. 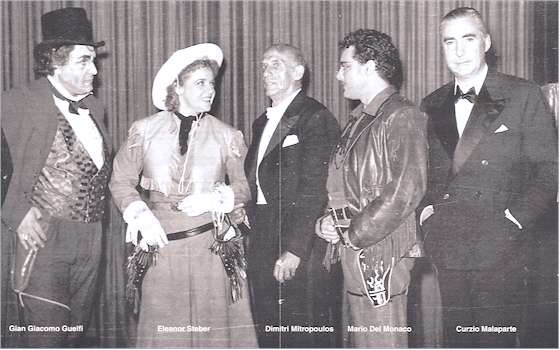 They sing as well, and how! All the notes are there. There’s no cheating. Well, something may go wrong during a live performance, but it is live, that’s drama, that’s opera. And let’s face it, when you play poker and your lover’s life is at stake, you don’t think about belcanto. 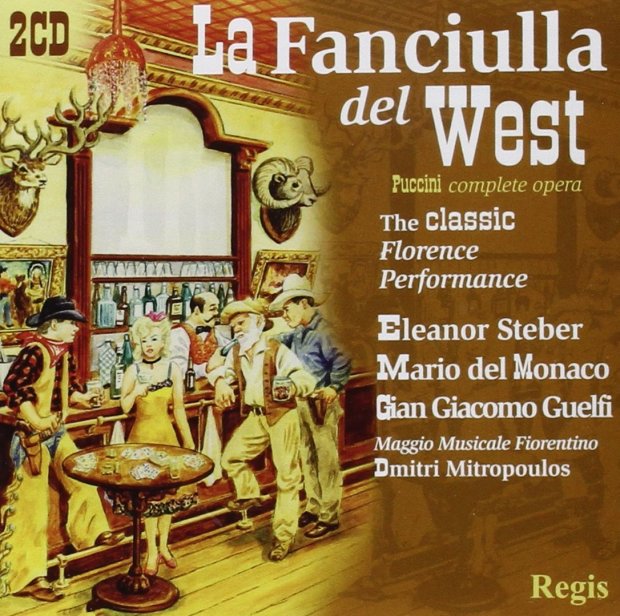 The recording with the American Eleanor Steber was made in 1954 at the Maggio Musicale in Florence (Regis RRC 2080). Steber’s soprano is very warm and despite the hysterical undertones of an almost perfect beauty.

Gian Giacomo Guelfi makes a devastating impression as Rance and the two together… well, forget Tosca and Scarpia! I don’t like Mario del Monaco, but Johnson was a role in which he truly shone. Mitropoulos conducts very dramatically with theatrical effects.

The recording can also be found on Spotify:

The registration with Gigliola Frazzoni was made at La Scala in April 1956 (a.o. Opera d’Oro1318). Frazzoni sings very movingly: it is not always beautiful, but what drama! 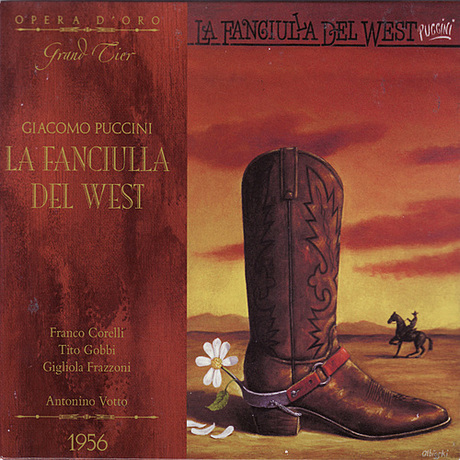 Franco Corelli is probably the most attractive bandit in history and Tito Gobbi as Jack Rance is a luxury. He is, what you call, a vocal actor. In his performance you can hear a lust for power and horniness, but also a kind of sentimental love.

The whole recording on Spotify: 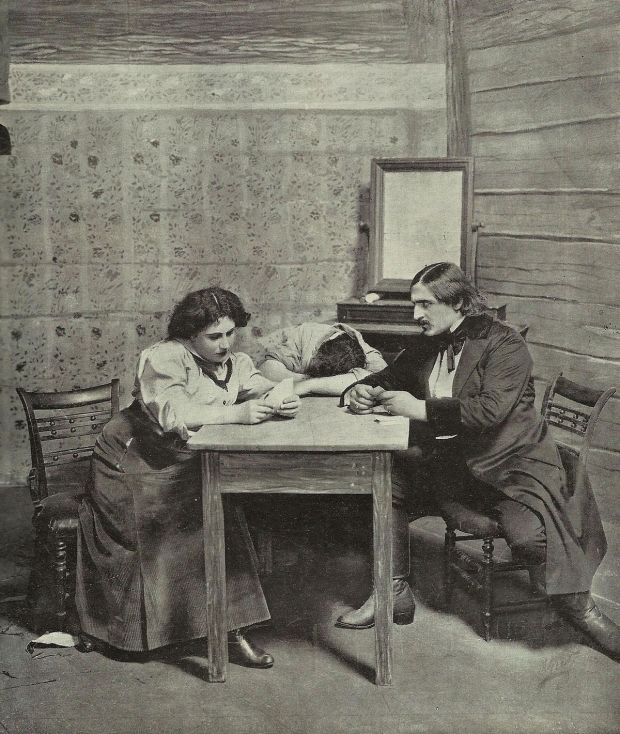