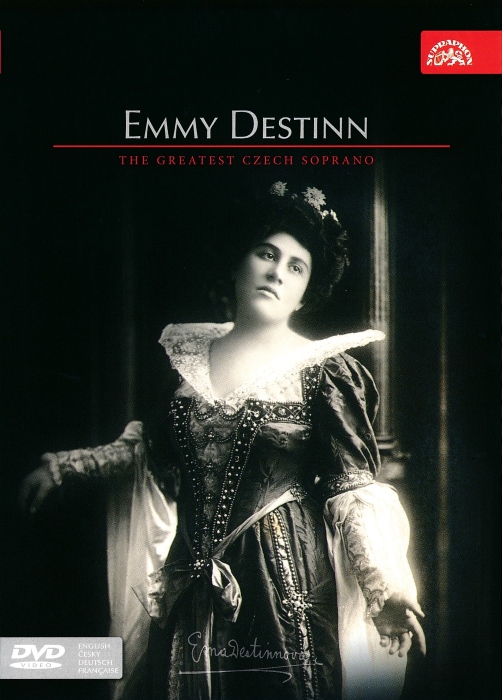 Emílie Pavlína Věnceslava Kittlová (February 26, 1878 – January 28, 1930) or, as the world knows her: Emmy Destinn. She is considered to be one of the greatest sopranos of the first twenty years of the twentieth century. She celebrated triumphs in Berlin, Paris, London and New York, she performed with Enrico Caruso, who had once proposed to her, and together they sang the world premiere of La Fanciulla del West, an opera that Puccini had composed with her voice in mind.

In her homeland, Bohemia, she was mainly loved for her patriotism, which even earned her a three-year house arrest during the First World War. The Czech documentary about her life is both interesting and irritating.

Interesting because it recounts many unknown facts about her life and it provides us with beautiful images, photos and film clips and special acoustic recordings (including a real rarity: the Czech national anthem, sung in Czech together with her, then, lover, the Algerian baritone, Dinh Gilly):

Irritating, because it is put together as a very old-fashioned, extremely sentimental filmic portrait, full of seagulls flying overhead, windblown cornfields, a recurring hourglass and larded with staged fictional images. And all that to the sounds of Chopin’s Nocturne.

But the worst thing is that they had Destinn’s voice replaced with that of Gabriela Beňačková! So a great singer is not even allowed on- screen, because the leading part is – of course – intended for a beautiful young lady.

And here the _real_ Emmy: