Do you know the Black Oak Ensemble? There is a good chance you don’t, even though this American string trio, which barely anyone knows in the Netherlands, is rated as absolute top class. Its recent CD called Silenced Voices features pieces by six Jewish composers,  Géza Frid, Paul Hermann, Dick Kattenburg, Gideon Klein, Hans Krása and Sándor Kuti.

They originally came from Hungary, Czechoslovakia and the Netherlands and with the exception of Géza Frid, who was active in the Dutch Resistance, they were all murdered. Hans Krása, Gideon Klein and Dick Kattenburg at Auschwitz. Sándor Kuti at a concentration camp in the Ukraine, probably in 1945 (!). But we don’t even know when or where the almost Dutch Paul Hermann was murdered.

Sándor Kuti studied at the Franz Liszt Academy with Georg Solti, who had a great deal of respect for him and once said that if he had not been murdered, Kuti would have become one of the greatest composers of Hungary. I read that he continued to compose up until his death somewhere in the Ukraine.

His Serenade for String Trio (1934) was what touched me the most on this CD. Of course the fact that I had never heard this composition before could have influenced how it affected me, but even when I listened to it again, it intrigued and moved me. Despite the numerous quotes straight from Hungarian folk music, the trio got under my skin. Just listen to the mesmerizing Scherzando that turns into an ominous Adagio ma non troppo. Real goosebumps.

Géza Frid taught chamber music at the Utrecht Conservatory from 1964 to 1970, and his trio also had its world premiere here. Frid survived the war but died a horrifying death. The staff at his nursing home failed to check the temperature in his bathtub and he died at the Beverwijk Burn Centre.

Like Gideon Klein’s string trio, Hans Krása’s Passacaglia & Fugue for String Trio had already been recorded a couple of times, though still not often enough. Certainly not if you bear in mind that neither of the compositions are anything short of true masterpieces.

There is also an earlier recording – one recording! – of Dick Kattenburg’s Trio à cordes. It had its world première on the incredible CD of The Hague String Trio. The composition only takes five minutes but what a five minutes they are!

The performance by the Black Oak Ensemble is simply sublime. I think you should all buy this CD!.

The title of this CD is taken from the book with the same name by Auschwitz survivor Elie Wiesel, ‘After the Darkness: Reflections on the Holocaust’.

Hans Krása (1899-1944) and Gideon Klein (1919-1945) ended up in the Terezín concentration camp (Theresienstadt), before being deported to Auschwitz where they were murdered. But until that time they continued to compose as well as they could. In Terezín, yes. That is where both Krása’s Passacaglia & Fugue and Tanec (Dance) were composed, as well as Gideon Klein’s incredibly beautiful String Trio.

The Hungarian Lászlo Weiner (1916-1944) was deported in February 1943 to the labour camp in Lukov (Slovakia), where he was murdered a year later. I had not heard his Serenade for string trio from 1938 before. Why is that? It’s just beautiful! 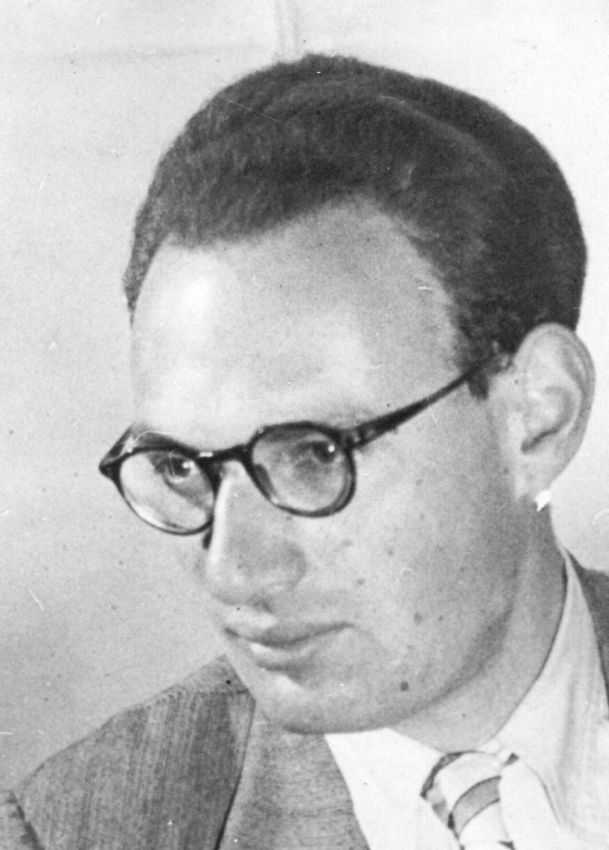 The Dutchman Dick Kattenburg (1919-1944) did not survive the war either: on May 19, 1944, he was deported to Auschwitz. His Trio à cordes sees its world premiere here. I can’t listen to this with dry eyes. Yes, I know, I know, one has to limit oneself to the music, but sometimes it is so damn difficult! But trust me, the standard of what is on offer is of the highest quality and that the work is still performed so infrequently is due to… What actually? Uwillingness? Guilt?

This year it is exactly one hundred years ago that Klein, Weiner, Kattenburg and Weinberg were born. You would expect at least something in the form of (small) memorial concerts, wouldn’t you?

The Hague String Trio (Justyna Briefjes, Julia Dinerstein and Miriam Kirby) was founded in 2006. In the booklet they tell us that After The Darkness is a project close to their heart, which certainly can be heard. “We feel it is a privilege to bring the music of these composers to life and to create a lasting legacy, so that their voices are never forgotten”. Thank you!

The viola sonata by Dick Kattenburg (1919-1944) consists of only one movement, allegro moderato. The reason is simple: before Kattenburg could complete the work, he was arrested during a raid in a cinema and sent to Westerbork on 5 May 1944. Two weeks later, on 19 May 1944, he was deported to Auschwitz, where he was murdered. Kattenburg was only 24 years old.

Max Vredenburg (1904 -1976) is now mainly known as co-founder of the National Youth Orchestra. In the 1920s he left for Paris where he studied with Paul Dukas and Albert Roussel, composers who influenced him greatly. In 1941 he fled to Batavia and in 1942 he ended up in a Japanese camp. He survived the war but a large part of his family was murdered in Sobibor and Auschwitz. He composed the Lamento in 1953 in memory of his sister Elsa.

The sonata by Mieczysław Weinberg, originally composed for clarinet and piano, is perhaps the most complex of all the other works on this CD. It is also the only composition that is not only sad: you can also recognize fragments of klezmer and Jewish folklore in it.

And if you think you recognize the opening measures of Beethoven’s Mondscheinsonate in ‘Adagio’, you are right. Those notes are indeed in it. Just as in the adagio, the final movement of Dmitri Shostakovich’s sonata. The work, dating from 1975, was his last composition, and shortly after the completion of the sonata he died of lung cancer.

I can only be brief about the performance: the absolute TOP! The sound that Ásdís Valdimarsdóttir elicits from her viola is of a rare beauty. It is so beautiful that it hurts. Listen to the Adagio of Weinberg’s sonata. Terrifying.

Marcel Worms, surely one of the greatest pianists/accompanists of our time, keeps himself a bit in the background, giving his Icelandic colleague all the honour of wearing glasses. But just listen carefully and experience how compassionate his contribution is. That’s what I think is called ‘partners in crime’. I can’t describe it any better.

Article in Dutch: The voice of the Viola in Times of Opression: de altviool als stem voor de vervolgden