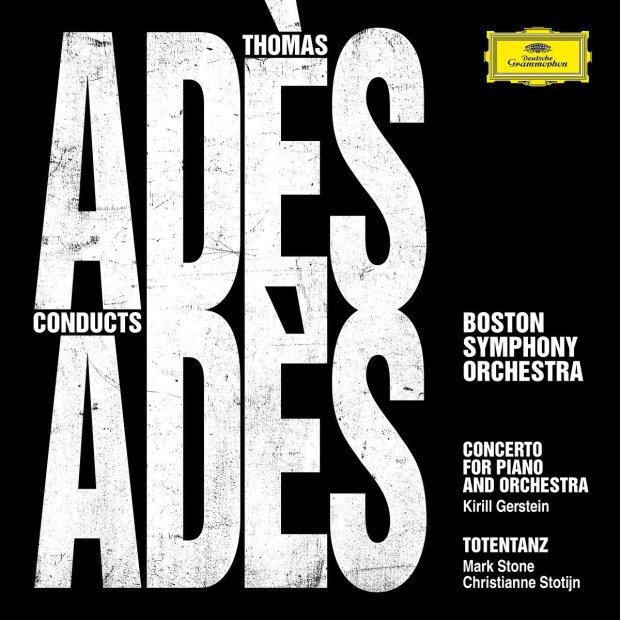 Thomas Àdes (1971) is one of my beloved contemporary composers. In contrast to many of his (older, I admit) colleagues, he writes music that is not too complicated, without it becoming a tapestry of sound. His music is exciting, stimulating, progressive and yet accessible. In one sentence, he has brought the ‘classic’ and the ‘innovative’ to each other and melted them together. In addition, he does not shy away from horror-like outbursts and even dodecaphony, which makes his music extremely visual and often terrifying.

This is also the case with Totentanz, a composition for mezzo-soprano, baritone and orchestra based on an anonymous text from the fifteenth century, a story about the struggle between Life and Death. The latter always wins. Adès dedicated the work to Witold Lustoslawski and his wife. It was first performed at the Proms in 2013, with Christianne Stotijn and Simon Keenlyside.

This recording was made live in Boston in 2016 and I can’t imagine a better performance is possible. Mark Stone (Death) and Christianne Stotijn sing their roles chilling, melancholic, provocative and resigned. Just listen to the last two parts: it’s as if Schubert and Mahler run into each other and find each other in a deadly embrace. With the dying copper sound like the exhaling of the last breath.

Adès composed his piano concerto for the Russian master pianist Kirill Gerstein, an unprecedented virtuoso who combines his romantic beat with an enormous gift for improvisation. I had to listen to it a few times because the concert does not show itself quickly. Mainly because of the many colors and ‘intermediate colors’, which means more than just nuances.

The transitions between the parts are great, so the tension makes you gasp for breath. The fact that the composer himself stands in front of the really impressive performing orchestra from Boston can only be regarded as an enormous advantage. What a CD!