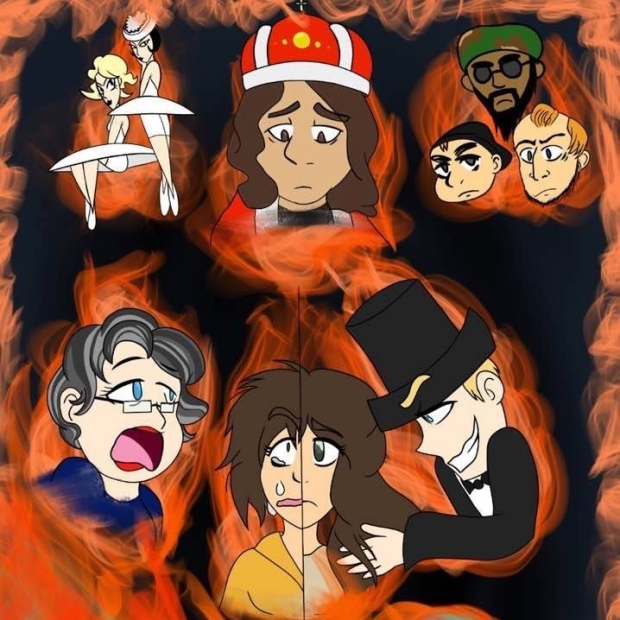 As Heinrich Heine supposedly once said: “When the end of the world comes make your way to the Netherlands. Everything happens fifty years later there.” Probably nothing more than a (witty) bon mot, but “se non è vero, è ben trovato”……

Fact is we do tend to remain on the sidelines waiting to see what happens in foreign opera houses. These houses have programmed many forgotten or rarely performed operas like Król Roger long before we did. Now Giacomo Meyerbeer finally has been (re)discovered abroad, we can cherish the hope the Master of Grand Opéra will soon frequent our opera houses as well. France, Great Britain, Belgium and Germany have preceded us. In  Germany one can even speak of a genuine ‘Meyerbeer revival.’

Hopefully the wait will not be as long as in Paris, where fans of the composer had to wait for twelve years for their next ‘Meyerbeer’ after Les Huguenots. If it does take that long, trips abroad will be the only option, something Meyerbeer enthousiasts have been doing for years.

Personally, I jumped at the first opportunity, and travelled to the Aalto-Theater in Essen, where in April and May 2017 an unforgettable production of Le Prophète took place.

After Robert le Diable and Les Huguenots, Le Prophète was the third Meyerbeer setting of a libretto by Eugène Scribe. Scribe based his story of (religious) fanaticism, sectarianism and abuse of power loosely on the life story of the Dutch Anabaptist John of Leiden, adding the necessary romantic entanglements and  amorous adventures. 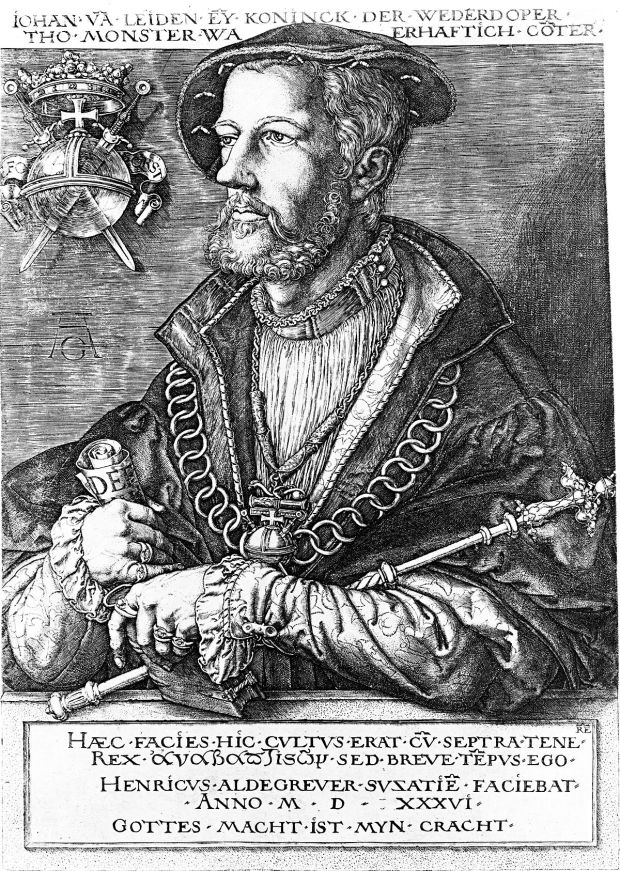 Scribe got his inspiration from two novels by Carl Franz van der Velde, ‘Die Wiedertäufer’ and ‘Die Lichtensteiner’. From the latter stems the character of Fidés, Jean’s mother.  This role, created by the famous mezzo-soprano Pauline Viardot,  made the mother-son relationship one of the most important themes of the opera.

In the opera Fidés is depicted as a strong woman, who counterbalances Jean’s megalomania very well. She was brought to life superbly by Marianne Cornetti. 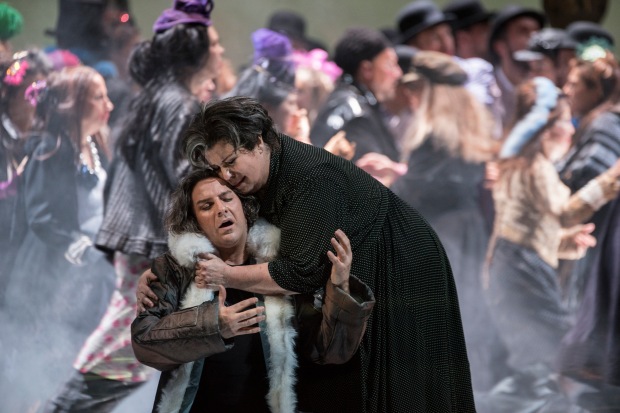 The American mezzo has a big, booming voice, able to move from low to high notes and back down again without problems. With her immense involvement she conveys her deepest feelings to the audience. I don’t know how Pauline Viardot sounded, but I have little doubt Cornetti approaches that ideal as close as possible. 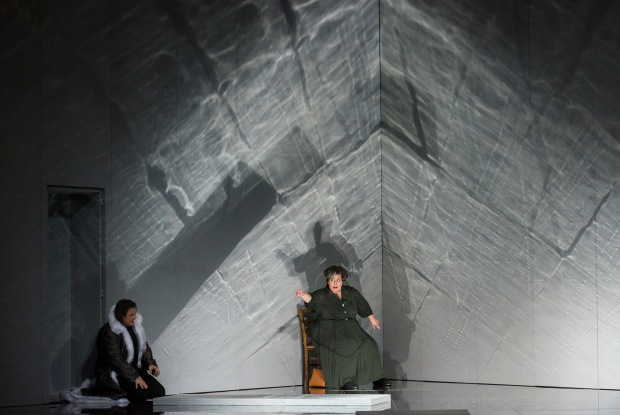 Cornetti moved me to tears in “Ah, mon fils, sois béni!”, the scene in the second act where she finds out her son spares her life by handing over his beloved to Oberthal.  Her “Ô prêtres de Baal” did not leave me unmoved either.

We know John Osborne mainly from his belcanto roles, but his voice has developed a lot in the direction of French heroic roles. Who does not remember his formidable Benvenuto Cellini in Amsterdam? 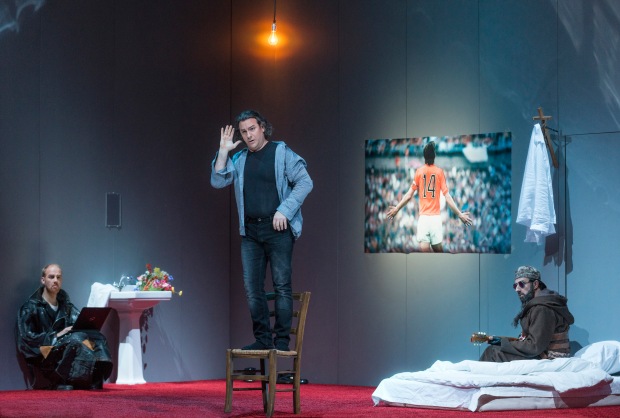 Meyerbeer is not new to Osborn. In 2011 he sang an outstanding Raoul (Les Huguenots) in Brussels. I thought he sang incredibly well then, but it was nothing compared to this Jean.

I have heard singers like Gedda and Domingo sing Jean, both fantastic in different ways, but Osborn outdid both of them. He combined his wonderful and pure height with the intensity of Domingo, and sang with the musicality and the intelligence his two predecessors were so famous for. To give the final performance a little extra oomph, Osborn treated his audience to a couple of added high notes, which were received with much gratitude. 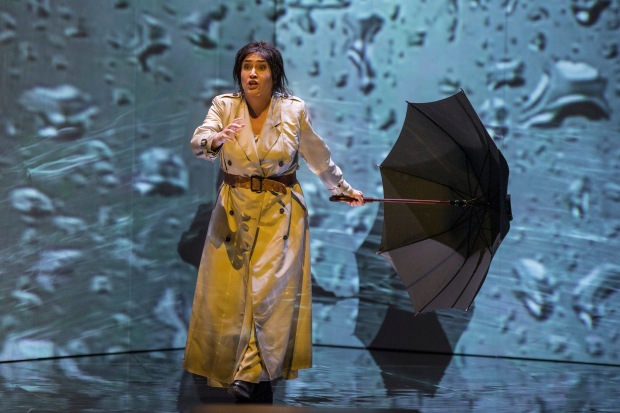 This was the first time I heard Lynette Tapia live, and I must admit she impressed me a lot. Her voice is not exactly big, which might cause problems in larger opera houses, but in Essen she could give the role of Berthe everything it needs.

The way Tapia coloured her voice in order to project all her different moods was just as beautiful as her coloratura. She was so courageous in “Voici le souterraine” that it was hard to believe this was the same woman who at the start of the opera was all joy because she was going to marry her beloved. Or how firm she sounded when she realised her beloved Jean and the hated prophet were one and the same person! 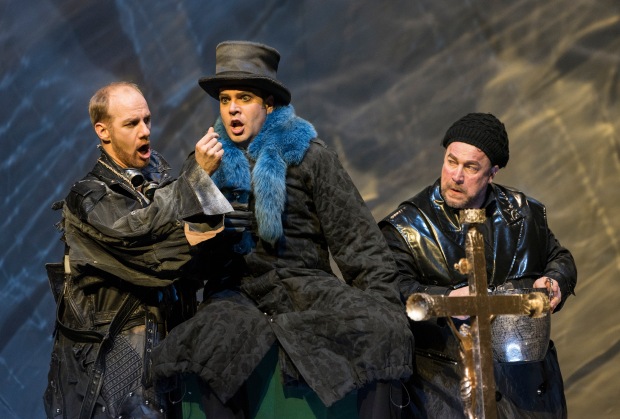 Karel Ludvik was an outstanding Count Oberthal. The Canadian bass-baritone, who lives in the Netherlands possesses a beautiful, even voice that is begging for more belcanto roles.

The three Anabaptists were excellently cast with Albrecht Kludszuweit, Pierre Doyen and Tijl Faveyts. I am amazed a bass with the exceptional qualities of Faveyts does not sing in all the big opera houses. 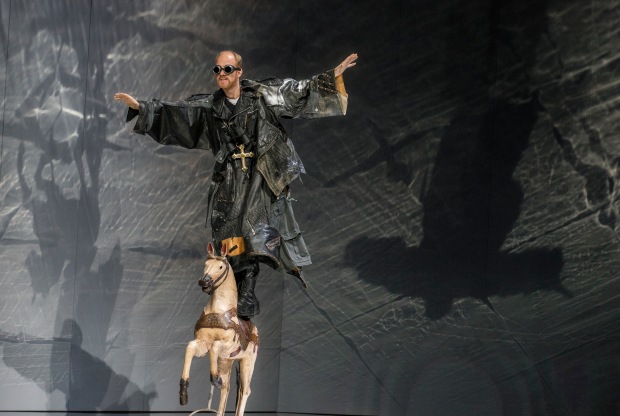 Giuliano Carella conducted with love, and gave the singers the room to sing out. 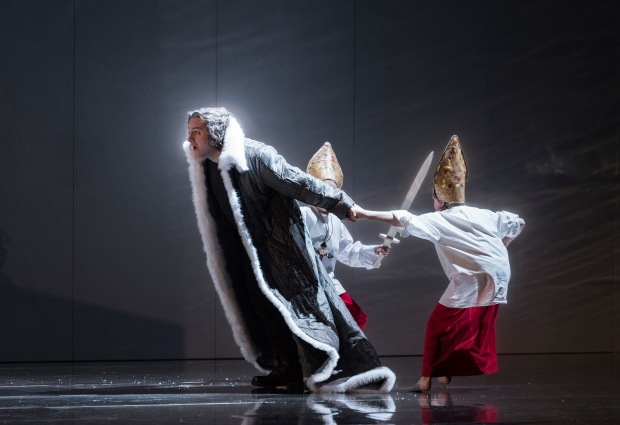 The staging by Vincent Boussard did not bother me. No psychologizing, no multiple layers or difficult to understand symbols. With this topic, moving the opera to a caliphate would have been an easy way out, saving Boussard a lot of trouble, but luckily he stayed faithful to the libretto. The ballet was a drag, but at least it was well integrated into the total. The lighting designed by Guido Levi was simply breathtaking, with images that looked like paintings. The videos in the background formed a (at times very moving) background that did not distract from the music. 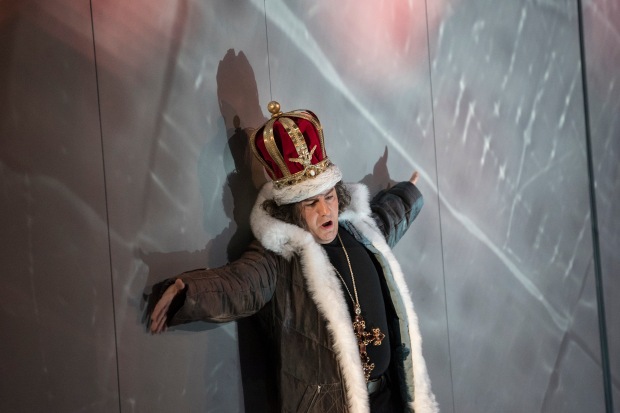 The bad news: if you were not there you have missed an unforgettable performance.

The good news: the German firm Oehms has recorded the performance live for a future release on cd: Bravo Oehms!

A trailer of the production can be found on the website of the Aalto Theater Essen: 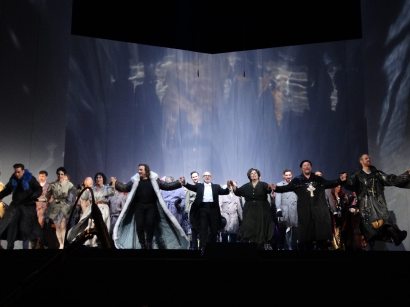 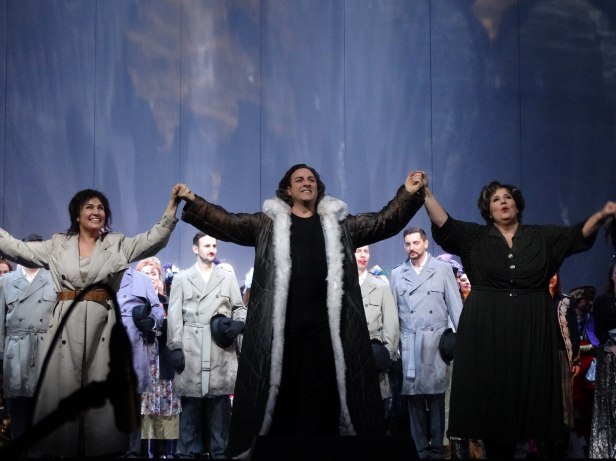 Performance reviewed: May 14th, 2017 in the Aalto-Musiktheater, Essen