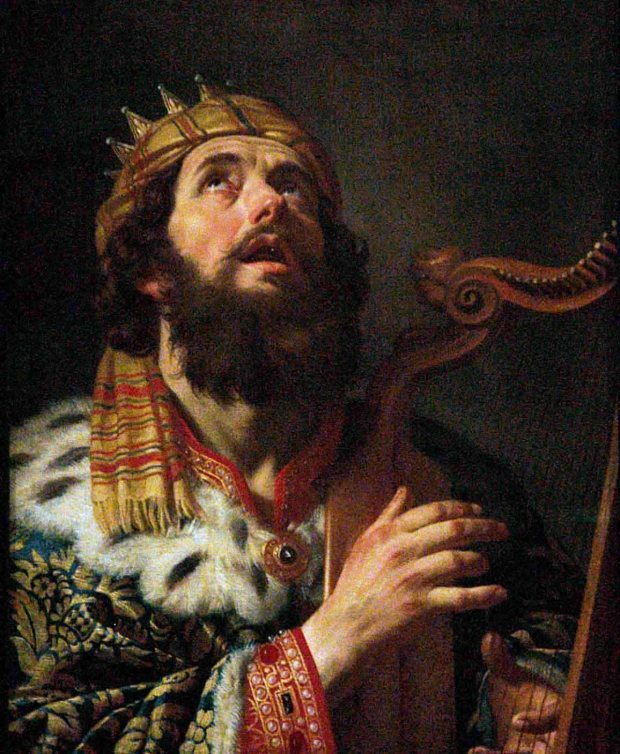 A question of conscience: is there such a thing as Jewish music? If so, what is it? Is it klezmer?  The Chassidic Nigunim? The Spanish romanceros, the Yiddish songs, the synagogal chants, the psalms? And: can classical music be Jewish? Is it up to the composer? Is the music Jewish if the composer is Jewish? Or is it due to the themes used by him/her? A small quest.

Music played an important role in the lives of the ancient Hebrews. Just like most peoples of the East they were very musical and music, dance and singing were of great importance to them: both in daily life and in the synagogal services. They also played different instruments: for example, one of the women of Solomon brought more than a thousand different musical instruments from Egypt.

After the destruction of The Temple all instruments disappeared from the synagogues- except for the sjofar – and only in the 19th century did they return there. Unfortunately there is little written music from before the year 1700. However, in 1917 the oldest known music manuscript to date was found – it dates from around ±  1100. 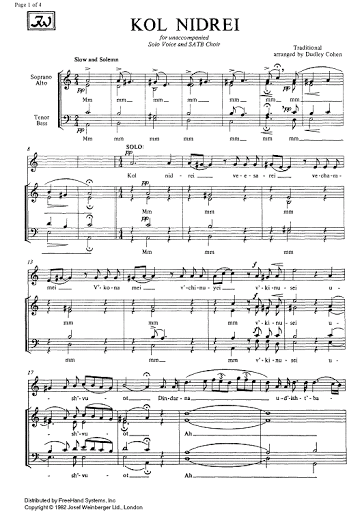 The best-known prayer from the Jewish liturgy is undoubtedly Kol Nidre: a request for forgiveness and for the annulment of all vows made to God and to oneself during the past year. The prayer was said to have originated before the destruction of the Temple, but there are also legends that put the origin of the prayer in the hands of the Marranos (Spanish Jews, who converted to the Catholic faith under the pressure of the Inquisition, but remained Jewish at heart).

It is certain that Rabbi Jehuda Gaon already introduced Col Nidre in his synagogue in Sura in 720. It is also a fact that the melody, as we know it, has some affinity with a well-known Catalan song. Over the years it has been arranged by several cantors, the most famous version dates from 1871 and was made by Abraham Baer.

The melody became a source of inspiration for many composers: the best known of them is the work for cello and orchestra by Max Bruch.

The motifs of Kol Nidre can also be found in Paul Dessau’s symphony and in the fifth movement of the String Quartet Op. 131 by Ludwig van Beethoven. And then we should not forget Arnold Schönberg’s “Kol Nidre” for speaking voice, choir and orchestra. He composed it in 1939, commissioned by one of the Jewish organizations.

Jewish folk music cannot be grouped together under one denominator and has many traditions: after their dispersion Jews ended up in different parts of Europe, Asia and Africa. The greatest development of their own culture manifested itself strangely enough in places where Jews had the least freedom. Jewish folk music was actually music from the ghetto. Where Jews lived in reasonable freedom, their own “self” faded away.

In the countries around the Mediterranean Sea lived the so-called Sephardim (from Sfarad, Hebrew for Spain). They sang their romanceros in Ladino, a kind of corrupted Spanish. After their expulsion from Spain and later Portugal, they were influenced by the music of their new host country.

In countries such as Poland and Russia, Jews lived in a constant fear of persecution that often degenerated into pogroms. Chassidism emerged as a kind of “counter-reaction”, a movement based on mysticism, spiritualism and magical doctrines. It proclaimed the joy of life, a kind of bliss, which could be achieved through music, dance and singing. Only in this way could direct contact with God be achieved. Hasidic music was strongly influenced by Polish, Russian and Ukrainian folklore. With later also the music of vaudevilles and the waltzes of Strauss. However, the character of the works remained Jewish.

In turn, the Chassidic melodies have had an enormous influence on classical composers: just think of Baal Shem by Ernest Bloch or Trois chansons hebraïques by Ravel.

Arnold Schoenberg firmly believed that Joseph Achron was the most underrated composer of his generation. Schoenberg praised his originality and claimed Achron’s music was destined for eternity. Yet, despite his enthusiastic praise, Joseph Achron never became a household name. Violin buffs no doubt know his Hebrew Melody, a much loved encore of many violinists, starting with Heifetz.

Hebrew Melody is inspired by a theme Achron heard as a young boy in a synagogue in Warsaw. It is one of his earliest compositions,  dating from 1911, and his first ‘Jewish’ work.  In the year he composed it Achron joined the Society for Jewish Folk Music. His career as a composer properly started in the twenties of the last century.  In Saint Petersburg, Achron joined the composers of the New Jewish School. Several years later he moved to Berlin, where he got acquainted with the works of the French impressionists, and the Second Viennese School.

In 1924 he made a trip of several months to Palestine. He not only performed there, but also collected a huge variety of folk music. The notes he took during this trip were later used for several of his compositions. In his Violin Concerto No. 1,  Op. 60 (1925) several Yemenite themes can be heard. In the 1930s he fled, like Schoenberg, Korngold and many other Jewish composers from Europe, to Hollywood, where he died in 1943.

As early as the end of the nineteenth century a ‘Jewish national school of music’ was established in Petersburg (and later in Moscow). The composers united in it tried to compose music that would be faithful to their Jewish roots. Their music was anchored in the Jewish traditions of a mainly Hasidic nigun (melody).

The movement was not limited to Russia, think of the Swiss Ernest Bloch and the Italian Mario Castelnuovo-Tedesco who, in search of their roots, developed a completely individual, ‘Jewish style of composing’. 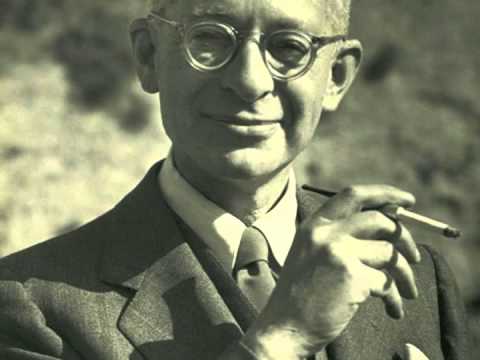 Synagogal songs were a source of inspiration for Sacred Service by Bloch, Sacred Service for the Sabbath Eve by Castelnuovo-Tedesco, Service Sacré pour le samedi matin by Darius Milhaud and The Song of Songs by Lucas Foss. 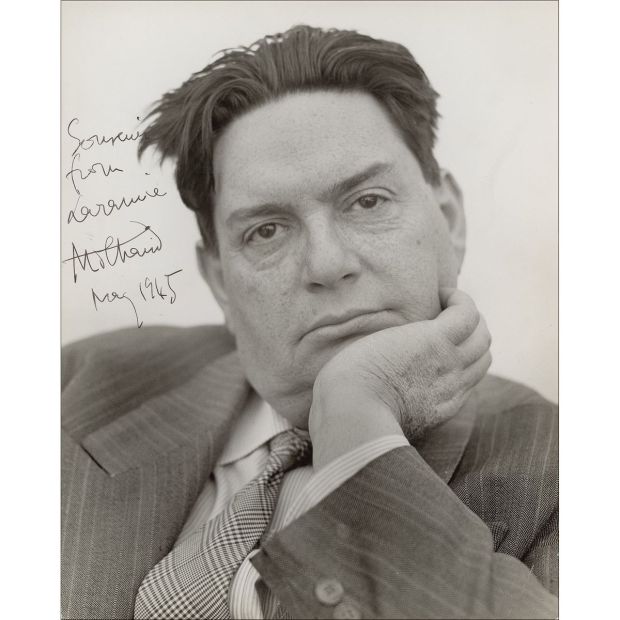 Castelnuovo-Tedesco also used the old Hebrew poetry of the poet Moses-Ibn-Ezra, which he used for his song cycle The Divan of Moses Ibn Ezra:

In the USA it was (among others) Leonard Bernstein, who very deliberately used Jewish themes in his music (Third symphony, Dybbuk Suite, A Jewish Legacy).

The Argentinean Osvaldo Golijov (1960, La Plata) combines Jewish liturgical music and klezmer with the tangos of Astor Piazzolla in his compositions, both classical and film music. He often works with the clarinettist David Krakauer and for the Kronos Quartet he has composed a very intriguing work The Dreams and Prayers of Isaac the Blind: 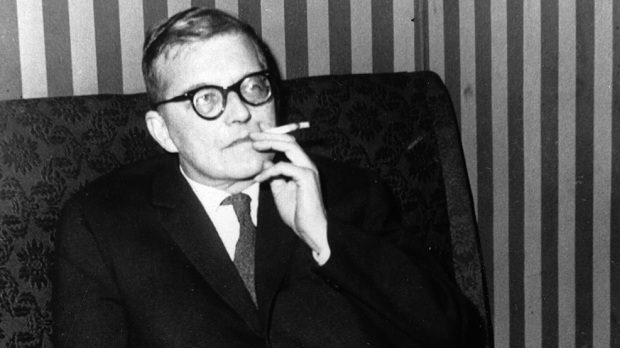 Soviet composer Dmitri Shostakovich’s once brilliant career took a dive after the official party paper criticized one of his operas in 1936. Shostakovich responded with his powerful Fifth Symphony.

The reason why the non-Jewish Shostakovich used Jewish elements in his music is not entirely clear, but at least it produced beautiful music. He wrote his piano trio op.67 as early as 1944. At the first performance, the last movement, the ‘Jewish part’, had to be repeated. It was also the last time it was played during Stalinism.

In 1948 he composed a song cycle for soprano, mezzo-soprano and tenor From Jewish Folk Poetry – recorded many times and (rightly!) very popular.

Old Melodia recording of the cycle:

In 1990, the Milken Archive of American Jewish Music Foundation was established to record all the treasures of Jewish music composed in the course of American history. The archive now consists of more than 700 recorded musical works, divided into 20 themes.

The CDs are distributed worldwide by the budget label Naxos. No one interested in the (history of) Jewish music should ignore them.

* This sentence is mentioned on the memorial stone, placed at the Muiderberg cemetery, in memory of the conductor Sam Englander, murdered by the Nazis, and his Amsterdam Jewish Choir of the Great Synagogue.