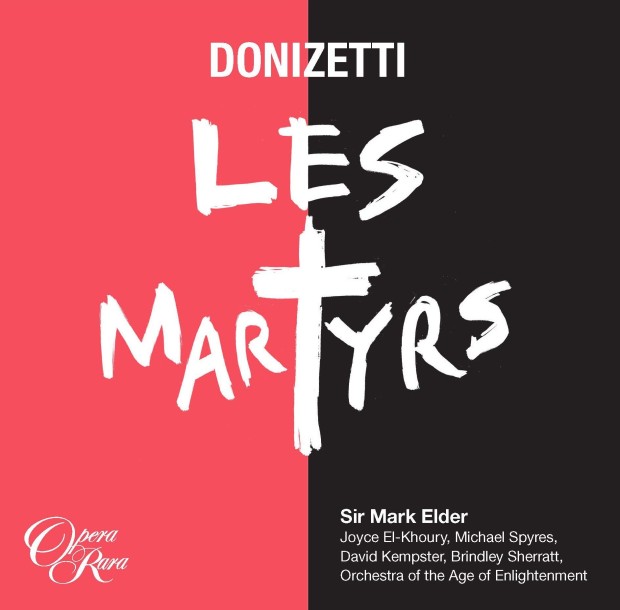 Les Martyrs, an almost forgotten grand opera by Donizetti started its life as Poliuto. The French libretto by Eugène Scribe was based on Polyeucte by Pierre Corneille from 1642 which was impregnated by the vision of its author that free will is a deciding factor in life.

Because of the choice of the topic – the life and martyrdom of Saint Polyeuctus – the censor had Poliuto banned, and opening night was cancelled. It was forbidden to show the persecution of Christians on stage in Naples at the time.

After Donizetti arrived in Paris he commissioned a new libretto from Scribe and rewrote and expanded the overture and composed several new arias for the title character.

He also changed the first act finale and added the required ballet music. He then considerably toned down the romantic entanglements and stressed the religious aspects even more.

In his big aria at the end of the second act Poliuto complains about the supposed disloyalty of his wife and speaks about the jealousy that torments him. His “Let me die in peace, I do not want anything to do with you, you have been unfaithful to me” from Polyeucte has been changed to the credo (now at the end of the third act): “I believe in God, the almighty father, creator of heaven and earth….”

Despite its early successes the Martyrs failed to hold the stage. Instead Poliuto made it’s return, albeit on few occasions. After 1920 the opera was performed only sporadically (a remarkable fact: in 1942 Poliuto was performed on the occasion of Hitler’s visit to Mussolini, the title role sung by Benjamino Gigli).

Thanks to Callas, who rediscovered the opera in 1960,  a short revival came about. Her live recording from La Scala with Franco Corelli left me cold. The reason for that I only understood later when I heard the live recording with Katia Ricciarelli and José Carreras. In an opera with vulnerability as its main theme big dramatic voices sound out of place.

In October 2016 Opera Rara recorded Les Martyrs in the studio, followed by a concert performance in November.

Joyce El-Khoury, clearly following in the footsteps of Leyla Gencer, is the perfect Pauline: dreamy, loving and fighting like a lioness (nomen est omen) for the life of her husband who turned into a Christian. A husband she does not even love. Only because she believed her former fiancé was dead she has agreed to be married off to her father’s protégé.

In “Qu’ici ta main glacée” she sounds very vulnerable,  moving me to tears (her pianissimi!). “Dieux immortels, témoins de mes justes alarmes,” her confrontation scene with Sévère, her lover she believes to be dead (a very impressive David Kempster) is simply heartbreaking.

The orchestra under Sir Mark Elder is on fire. The three ballet scenes halfway though the second act lighten up the mood a little, however briefly.

Much praise as well for the perfect singing of the Opera Rara Chorus (chorus master Stephen Harris).