Poveri fiori’ (poor flowers), Adriana sings in one of the most moving arias in the history of opera, smelling the bunch of wilted violets. If only we could warn her, because those violets are poisoned, you can smell the contamination even from your armchair in front of the TV. And indeed they prove fatal. She launches into a big monologue, and that was it! Tutto e finito.

The orchestra plays a few more bars, and then there is the final chord. Pian-pianissimo, and so movingly beautiful that my tears, which had already begun to flow at the beginning of the last act, turn into a veritable flood.

The real Adriana, a star of the Comédie Française, died in Voltaire’s arms in 1730. Eugene Scribe made her immortal by creating a play about her life and her role was played by the greatest actresses of the time: Sarah Bernhardt, Eleonora Duse, Helena Modjeska.

The opera, which Francesco Cilea based on the play, thus requires a singer with the greatest acting skills, such as a Mafalda Favero, Magda Olivero or Renata Scotto.

Daniela Dessi, by the way, can do both the singing and the acting. 21 years ago (the recording was made at La Scala in January 2000), her sound was still lyrical, but already well developed dramatically. A true lirico-spinto, even if it was still a bit ‘in spe’ then.

Maurizio was one of Sergei Larin’s favourite roles, he also sang it in 2006 in Amsterdam (Saturday Matinee) alongside Nelly Miricioiu. The much-lamented Latvian tenor (he died in January 2008 at the age of 51) presents a beautiful and elegant sound, not devoid of passion, but still without the ‘roar’ that marred his last performances.
Olga Borodina is a deliciously mean Principessa di Bouillon and Carlo Guelfi a sonorous Michonnet, although his voice lacks ‘that certain something’, that made Sherrill Milnes one of the best interpreters of the role.

Roberto Rizzi Brignoli elicits from the orchestra all the colours of the rainbow and then some more. Here he is at the very beginning of his career (I once wrote: remember that name, we will be hearing more from him). Now he has become one of the greatest. For those who appreciate it: the direction and the stage setting are traditional.

Dessì and Borodina in the finale of the third act: 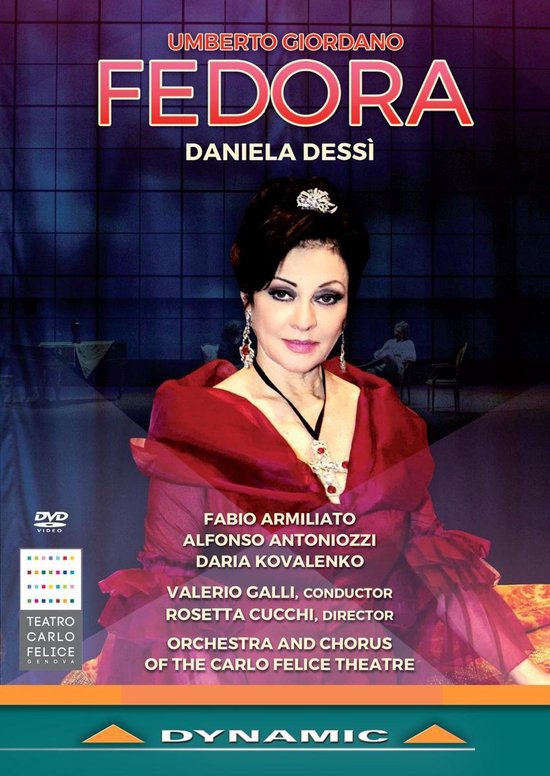