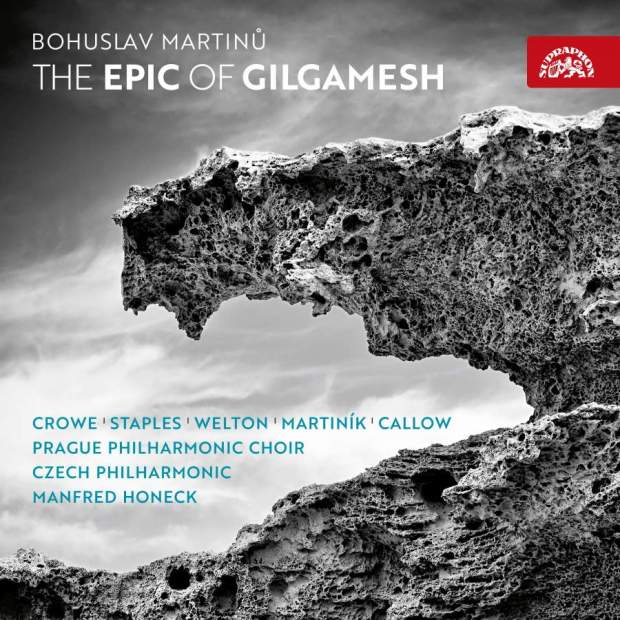 The Epic of Gilgamesh is one of Martinů’s best, but also one of his most complicated works. He composed it in 1955, shortly after his absolute masterpiece, the three ‘Frescoes of Piero della Francesca’.

The ancient epic, created around 2100 BC, is one of the oldest literary works and is often compared by connoisseurs to the Bible and the story of creation. It tells the story of the king of Uruk, Gilgamesh, who – in a nutshell – is in search of immortality.

Gilgamesh battling the Bull of Heaven; terracotta relief preserved in the Royal Museums of Art and History, Brussels.

Martinů’s oratorio is a magnificent work, which can be compared to Honegger’s ‘Le Roi David’ because of its highly imaginative atmosphere and the use of spoken text – except for the choir and the soloists.

The booklet states that the work has now been recorded for the first time in the original language in which it was composed, English, but that is not entirely true. As early as 1995, the BBC Symphony Orchestra conducted by Jiří Bělohlávek made a brilliant recording of ‘Gilgamesh’ in which the singers sang in Czech, but the spoken text was recited in English by Jack Shepherd/

This new recording does not quite reach the orchestral level of the BBC recording, but the difference is actually minimal. In any case, all four soloists are second to none and Simon Callow’s recitation is irresistible.