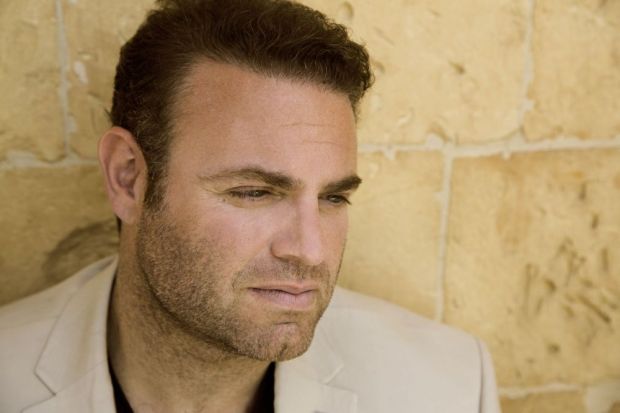 An unconventional opening of an interview, perhaps, but I had good reasons for it. Our Amsterdam appointment was cancelled twice, leaving Facebook and Skype the only remaining option. Even that way, it took me quite a while to finally get hold of him.

Him being Joseph Calleja, one of the famous tenors of his generation, with a busy current schedule and an even busier future. He was born in Malta, and had turned thirty-five just before our interview in the last week of January 2013.

“January is an outstanding month for tenors,”  he laughed.  “Mario Lanza, Domingo, my teacher, me…. There must be something special in the January air.”

To settle all disputes: his name is pronounced ‘Kaleja.’ Not the Spanish way, or the Italian or Portuguese way. Well, that is easy for the Dutch to get right then, I say, which makes him laugh again.

Calleja has close ties to the Netherlands. After all, his international career started in this country. At age nineteen (sic!) he sang Leicester in Donizetti’s Maria Stuarda for the Nederlandse Reisopera. Quite a feat, with which he impressed a lot of people. His voice was very light and sweet at that time;  his high notes supple and pure, almost like Tagliavini.

Calleja as Leicester in Bergamo in 2001:

In 2004, at the age of twenty-six he made his debut with the Dutch National Opera as the Duke of Mantua in Verdi’s Rigoletto. He had already sung the part before, in 2001, at an open air performance in the port of Rotterdam.

He still has a lot of friends from his Dutch period, and even remembers a sentence in Dutch: “eet mijn konijn niet op” (Do not eat my rabbit),

He laughs heartily at this. The anecdote is well known in the meantime, but he does not mind repeating it once more. He was seeing a Dutch girl at the time. When he visited her, he told her little sister that it was a Maltese custom to eat a lot of rabbit. The little girl grabbed her rabbit in shock, exclaiming ” eet mijn konijn niet op!”  He has always remembered the phrase since.

Joseph Calleja sings “To the canals of Amsterdam I have pledged my whole heart” at the 2013 rendition of the Grachtenfestival (Canal Festival)  accompanied by the Royal Concertgebouworchestra directed by Antonio Pappano:

Nine years ago you told me that of all current tenors the voice of Pavarotti felt closest to yours. You said: “If I were to die tomorrow, and could listen to one voice, the final voice of my life, that would be Pavarotti. He is my biggest favourite, my true idol. There have been, and there are, other big and beautiful voices, but Pavarotti remains number one for me.” Do you still feel the same?

“Yes, I do, in fact, although I have to admit I admire Jussi Björling more and more every time I listen to him. It is very well possible this has something to do with how my own voice develops.”

Your voice is often compared to that of great singers of the past In addition your career develops in an astonishingly rapid tempo. How do you feel about that yourself?

“It is true. It can be a little scary at times, everything happens so fast, which can be a burden. The audience expects you to be in top form every evening, which is impossible because the human voice is no violin. But on the other hand I would never want to miss all these fantastic experiences.”

I was speaking to Marilyn Horne a while back. She encouraged young singers to take their time, and never to rush things.

“I know, but this so difficult nowadays! I believe you do have to rush, but in a clever way. Meaning to study like crazy and work hard, but to be cautious in choosing your repertoire at the same time.”

Coming up the next four months are several radically different roles: Tebaldo in I Capuletti e i Montecchi in Munich, Rodolfo in La Bohème in Chicago, Gustavo in Un Ballo in Maschera in Frankfurt and Nadir in the Pearl Fishers in Berlin. Not to mention the concert performances of Simon Boccanegra and the Verdi Requiem. How does he switch from the lyrical Nadir to Gustavo who is definitely more dramatical?

As Gustavo in Ballo in Maschera at ROH © Catherine Ashmore

“I do not believe you need to sing Gustavo in Ballo differently than Duca in Rigoletto or Manrico in Trovatore. All those roles were written for the same type of tenor. True, the orchestras were smaller then, and the tuning was lower. That does put extra pressure on a tenor nowadays. You have to sing higher and louder than intended. Every singer goes his own path, and you make mistakes on the way, but it is possible to learn from those mistakes.”

“Certainly, I made some mistakes myself. My first La Bohème came too soon, and I have also sung a few other roles too early. But like I said, you learn from that. What helps are a good, solid technique, and good advice.”

Unlike many of his colleagues you don’t mind modern stagings.

“Respect is all I demand. I do my job, a director hopefully does his. I need to trust the director, believe that he knows what he does, and why he is doing it. I leave judging a director to the audience and the critics. Singers are not supposed to do that. We do not have to agree on everything, but we do need to respect each other.”

What if a director wants to put you on stage naked? As a singer you are already vulnerable fully dressed! Would you go that far?

“I would not know, honestly. Luckily nobody has ever asked me to strip, although I did sing a Duca in my boxer shorts once.”
Kidding aside: “if you only did the things you liked, you would be out of work ten out of twelve months. So I only say no when something can harm my voice.”

In January and February 2013 Calleja toured Europe with the program of his CD Be my love – A Tribute to Mario Lanza. Pavarotti, Domingo, Carreras; almost all tenors of hat generation idolized Mario Lanza and his movies. But you were not even born yet when he died. How does someone of your age got to know him?

“When I was young I played in a rock band. My uncle felt I had to listen to some good music, so he made me watch all these Lanza movies. That is how my love for opera started. What a fabulous singer! On his own, he had the charisma of four or five tenors. I also have all his CD’s. And I do not care one bit he sang with a microphone.”

“I have nothing against crossovers, especially not when done right. What does crossover even mean? For me it means having fun, making good music. I am not Mick Jagger or Robbie Williams. I am and will always remain an opera singer. But when done the way the three tenors did it, for example, I love it!”

“Why does an opera house have to be the only place where opera is sung? In the past men in Italy, and in Malta too, used to bring serenades by singing opera arias. The women stood in their open windows, like in a opera box. That is the way my teacher met his wife. Were not opera singers hundred years ago the pop singers of now? Well, on Malta they certainly were!”

I tell him I dreamt the night before our interview that we met in the lobby of a large hotel. He was sitting there with all his brothers and sisters and told me he would start to include folk songs in his recitals. Does he actually sing folk music?

“Our folk music is not really suitable for a trained tenor voice. Malta is like Sardinia: the music is raw. Italian music is part of our folk tradition. We grew up in the Italian tradition, the canzoni form part of our culture.”

Which languages do you speak at home? English, Italian of Maltese?
“Hahaha. All of them, and all of them together at the same time!”

What do you find harder? Singing opera, or touring with a recital?
“Touring, without a doubt. You pack your luggage, unpack it, go on stage and sing, go to sleep and pack your stuff again. Sometimes you can rest for a few days in between concerts, but often you are supposed to give interviews, or show up for some event, or sing something. All of that is very tiring.”

Does that explain why I had to wait so long for my interview?
”Hahahahahaaa! I am not commenting on that!”

Why do you sing, actually?

“Why do I sing?”  He ponders for a moment, apparently the question is harder than it seems. “I sing because I can express all great emotions through it: love, sadness, anger…. everything!”