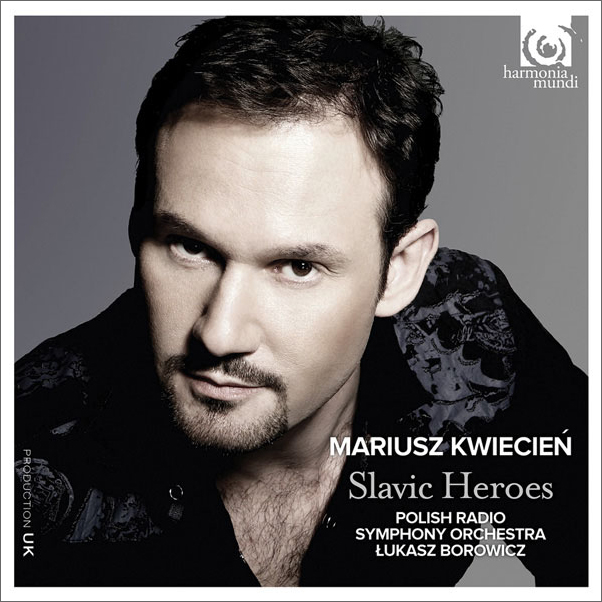 The young Polish baritone Mariusz Kwiecień (Difficult to pronounce? I am going to help you! It is, in Dutch: Marjush Kfjetsjenj) is hot, really hot. The ‘Barihunks’ site was created especially for him. Still ….. no matter how much I admired the young Pole’s acting skills and charisma – the voice usually left me cold. But little boys grow up and the truth must now be told: I was mistaken.

When I saw his Onjegin directed by Dmitri Tcherniakov (Bel Air BAC046), I was already won over, but now, with his first (sic!) solo CD, I can only deeply bow my head in admiration. First of all, it is the choice of repertoire. Along with his greatest starring roles: Yevgeny Onegin and Krol Roger by Szymanowski, he sings mainly unknown treasures from the Slavonic operas.

As an opera lover, you may know the baritone aria from Sadko by Rimsky-Korsakov and perhaps ‘Oh Mariya, Mariya’ from Tchaikovsky’s Mazeppa. But have you ever heard of Smetana’s Čertova stěna? Or Verbuum Nobile by Stanislaw Moniuszko? That is what I mean!

Apart from the choice of repertoire, we are dealing with a voice and – it must be said – his voice sounds like a bell! Beautiful, warm and very attractive. The Polish Radio Orchestra, conducted by Łukasz Borowicz, also sounds excellent.