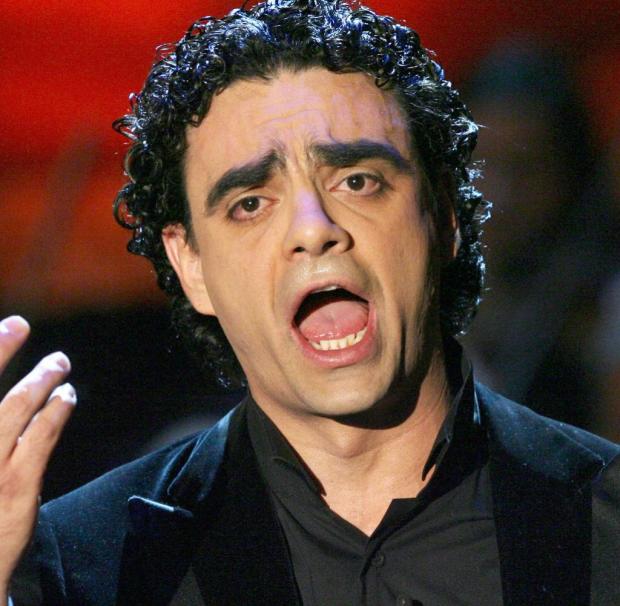 No one loved him as much as I did, when I heard him for the first time. His Don Carlo with Dutch National Opera in Amsterdam really had the WOW factor. No less. I interviewed him twice and both times he impressed by his intelligence and common sense.

Alas, it has not lasted long. The cause? Too much, too arduous, too fast? There was talk of ‘personal problems’. He had to undergo a procedure, a growth on his vocal cords. His career came to a halt a few times. He does still sing but I can no longer like it.

This interview dates from June 2004 and was made during the rehearsal of Don Carlo. 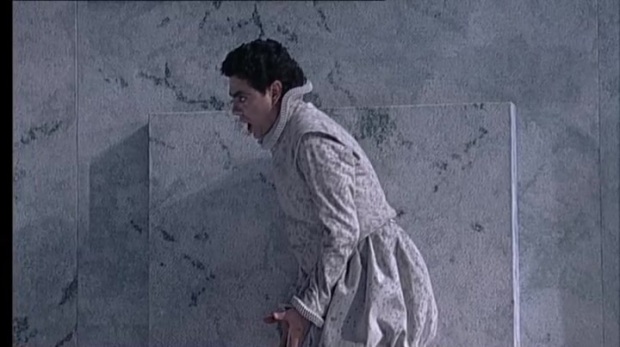 The jubilant press releases taught me that Rolando Villazon was a real discovery. Opera Magazines even spoke of a ‘second Domingo’ which a very critical friend of mine in London, whom had heard him sing in Les Contes d’Hoffmann, could confirm. 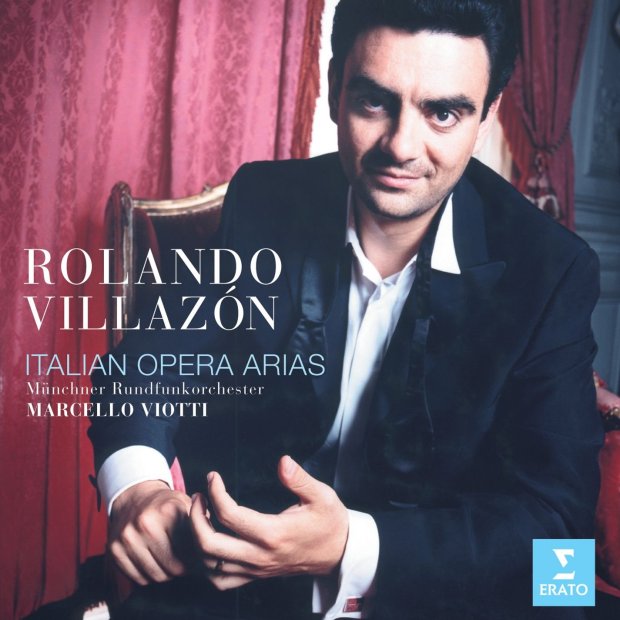 I was very enthousiast about his first cd with Italian opera-arias ( Erato 5456262), which explains why I felt honoured to meet him, even before his Amsterdam debut as Don Carlo.

I was allowed to talk to the tenor as the first of a long line of interviewers, a luxury, even allowing me to watch the last part of the rehearsal. Well, you should know that I’m quiet experienced opera goer, but this was truly sensational, even for me. I was awestruck, but fortunately Villazon turned out to be a great raconteur.

It is hot that evening but that does not seem to bother him and even before the ordered water has arrived, he’s already told me about his life in Paris with his wife Lucia a psychotherapist (no she does not practice on me, ha, ha, ha), and his two sons: Dario and Matteo.

How does it feel to be a star? Were you expecting to be as successful as you are?

“Expecting…not really, you don’t expect it to happen but one hopes it does. My wife recently asked me how it feels to get all this attention all of a sudden. And I said: it feels like flying, it’s like wow but dizzying at the same time. I’m afraid to fall during my flight and thus failing  to fulfill my mission as an opera singer and an artist. She answered: don’t be scared, I’m here and I’ll catch you if you fall.”

His voice was discovered when he was 18 years old, but he was doubtful, there were so many things to do in life. Reading psychology for instance. The priesthood. He was still young and life was so confusing. He felt just like Stephen Dedalus from ‘A portret of an artist as a young man’, who thought of becoming a Jesuit priest, whilst all he wanted to do was write. And Villazon wanted to sing, that’s what he loved more than anything.

He would lock himself up in his room at the age of twelve to sing Mexican songs and musicals. When he’d bought Perhaps love, an LP with duets by Domingo and John Denver, he was sold. He bought all Domingo’s records, be it with cross-overs, because opera was unknown to him at that time. Domingo was his idol and master. they’ve become great friends meanwhile and Villazon considers it a great honour knowing that Domingo is keeping a close watch over his career.

“When I was in Berlin doing Lélisir dámore Domingo was there for Pique Dame. I went to all his rehearsals and could not have asked for a better education. His intensity, his involvement his whole being; teaches me.  I flew to Washington just to see him rehearse Le Cid.

Does he think his career will evolve like Domingo’s?

“Not for the moment. Domingo is a legend and I am me. I love to take risks, hence Hoffmann, Carlos and soon my first Don Jose. But other than that I’ll just sing lyric parts. It is too soon for me to go for the dramatic parts.” 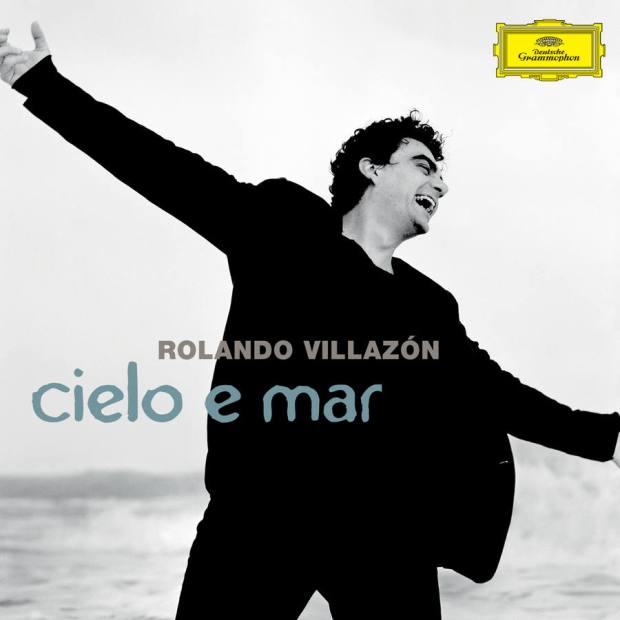 In 2007 Villazon recorded his first solo recital for DG. He did not take the easy route. He chose arias he had never sung before and will probably never sing again. Not only because they are too heavy for him but also because they are seldom performed, at least most of them. That adds great value to this cd, because be fair, did you ever hear of Maristella by Pietri?